One of the big questions surrounding the Georgia football team for 2017 involves Jacob Eason. Can the sophomore quarterback rise above his performance as a freshman and bring the Bulldogs back into the national spotlight?

While there’s no way to predict the numbers that Eason will put up, there are indicators.

In recent Bulldogs history, Georgia fans can look back at two successful, memorable quarterbacks in Matthew Stafford and Aaron Murray. While neither brought a national title to Athens, fans grew to believe in both quarterbacks and what they could achieve. 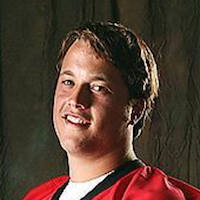 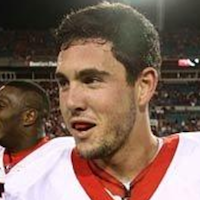 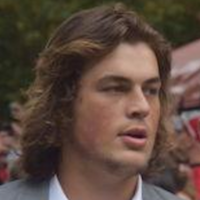 Because the Bulldogs haven’t had the same quarterback as their regular starter in consecutive seasons since Murray’s departure in 2013, second-year coach Kirby Smart declaring Eason the Bulldogs’ starter in July gives a little more stability to the offense. The unit averaged 24.4 points per game last season, 11th in the SEC.

After passing for 2,430 yards, 16 touchdowns and eight interceptions as a freshman and leading the Bulldogs to an 8-5 season and a Liberty Bowl win, Eason has a year of experience, with some failures and some successes, to build on entering 2017. Just as Stafford and Murray did.

Stafford and Murray’s freshmen seasons are fair to compare with Eason’s because each quarterback started with similar expectations. All three were five-star, top-ranked recruits coming out of high school and earned the starting spot in their first seasons.

While Eason was the top quarterback in the class of 2016, he didn’t start the first game of his freshman season in the 2016 Chick-fil-A Kickoff game against North Carolina. After Eason entered the game in the second quarter, he led the Bulldogs a win over the Tar Heels and Greyson Lambert never started again. Lambert earned the role of starter the season before as a graduate transfer.

In 2006, Stafford wasn’t expected to start over senior quarterback Joe Tereshinski as a freshman, but an early-season injury to Tereshinski gave Stafford the starting spot for a few weeks. Stafford eventually beat out a healthy Tereshinski in mid-October and led the Bulldogs to a 9-4 season and a win over Virginia Tech in the Chick-fil-A Bowl. Stafford started eight of the Bulldogs’ 13 games as a freshman.

Stafford passed for 1,749 yards, seven touchdowns and an SEC-high 13 interceptions in his first season.

Touchdowns thrown as a freshman

Interceptions thrown as a freshman

While Stafford led the Bulldogs to a winning season, one of his low points was losing to Florida, causing the Bulldogs to fall out of the Top 25 for the first time since 2001.

In contrast to Stafford and Eason, Murray’s stats as a redshirt freshman in 2010 were ridiculous.

A redshirt freshman with a year of experience in the program, Murray racked up 3,049 yards, 24 touchdowns and only eight interceptions.

Although Murray had a nice stat line in his first season as starter, he struggled against Power Five schools.

Murray’s only wins as a redshirt freshman were against teams that ended the season with losing records: Louisiana-Lafayette (3-9), Tennessee (6-7), Vanderbilt (2-10), Kentucky (6-7), Idaho State (1-10) and Georgia Tech (6-7). The Bulldogs finished the 2010 season with a 6-7 record and, like last season under Eason, qualified for the Liberty Bowl.

After Stafford and Murray proved they were mortal as freshmen, they showed marked improvement as sophomores.

In 2007, Stafford was named the starter for the Bulldogs’ season opener against Oklahoma State, which Georgia won 35-14. In Week 2, the Bulldogs lost to South Carolina, but were ranked by AP in every remaining week that season. Stafford threw for 2,523 yards, 19 touchdowns and 10 interceptions that season. Georgia finished with an 11-2 record, with a win in the Sugar Bowl over No. 10 Hawaii.

After winning four out of the final six games and taking the Bulldogs to a bowl game as a redshirt freshman, Georgia lost the first two games of the 2011 season against Boise State and South Carolina. Murray threw for a combined 483 yards, six touchdowns and two interceptions in those losses.

After that disappointing start to his redshirt sophomore season, Murray led the Bulldogs to 10 consecutive regular-season wins, an overall record of 10-4 and an appearance in the SEC Championship game, which the Bulldogs lost to LSU, 42-10. Murray threw for 3,149 yards, 35 touchdowns and 14 interceptions, throwing 11 more touchdowns and six more interceptions than the previous season.

After recalling the ups and downs of Stafford and Murray’s sophomore seasons, what can realistically be expected from Eason?

The answer could be revealed against Appalachian State on Sept. 2. However, Bulldog fans most likely won’t know until Georgia travels to Notre Dame on Sept. 9.

Although Eason hasn’t yet played in a game as a sophomore, Georgia offensive coordinator and quarterbacks coach Jim Chaney has seen growth over the summer.

“I suspect he’ll play better football as a sophomore than he did as a freshman,” Chaney said during training camp, according to Online Athens. “Statistically I don’t know how that will relate with Aaron and Matthew. Hopefully, he does have a big jump, and obviously that would help us a lot.”

It’s realistic to think Eason has learned from his mistakes as an 18-year-old and grown under the tutelage of Chaney, who’s entering his 29th year of collegiate-level coaching.

Like Stafford, the current quarterback of the Detroit Lions who just became the highest paid player in NFL history, and Murray, who holds the SEC records for career passing yards and career passing touchdowns, Eason struggled to keep his head above water in his first season playing.

But he said that’s changed.

“This year, I have more comfort in our schemes and our playbook,” Eason said, according to Fox Sports. “I feel like I can line guys up, I can tell them what to do, I can help them out when they run a wrong route, that kind of thing. I think having a year under my belt has definitely been a big improvement in my leadership and I’m only going to improve from here.”

Let Eason show what he’s learned. Give him a few snaps to adjust.