A NASA photographer managed to capture the moment that the International Space Station moved across the solar eclipse Monday in a series of rare high-speed photos.

Space agency photo editor Joel Kowsky used a high-speed camera from a vantage point in Banner, Wyoming to shoot the eclipse at the exact moment the ISS flew in front of it 250 miles above the Earth.

With a crescent-shaped sun as the backdrop, Kowsky managed to shoot the movements of the space station, which appear as a small “H” traveling at 17,500 mph across the face of the eclipsed sun. 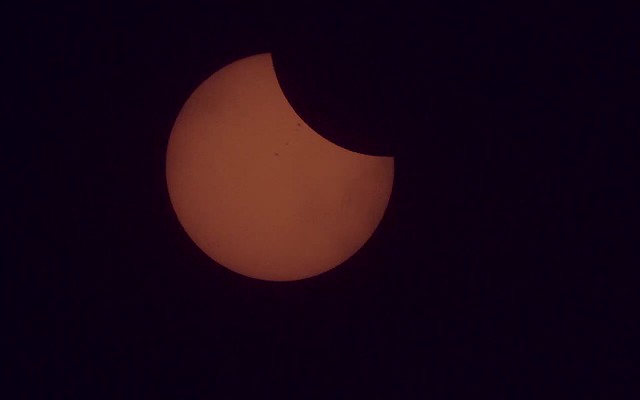 Also Monday, astronauts aboard the space station were the only people who got to see what the eclipse looked like from space and they managed to snap a photo of it, too.

>> Related: Watch for cool shadow snakes just before and after eclipse

“While millions experienced #Eclipse2017, only six people saw the umbra, or moon's shadow, over the United States from space today,” the crew said in a post on Instagram that accompanied the photo.

There’s a crew of six aboard the ISS right now.