Atlanta hosted three Cotton Expositions in the 1800s but the one in 1895 was the most famous. Held in today's Piedmont Park, the Cotton States and International Exposition had its own John Phillip Sousa march composed for the occasion and featured a guest appearance by the Liberty Bell and Buffalo Bill's Wild West Show. The event's biggest moment came when Booker T. Washington delivered his "Atlanta Compromise" speech.

This Sanborn Fire Insurance map from 1895 shows the buildings used for the exposition. Look closely and you'll see where train tracks used to cross the big meadow into the park and where the midway used to line up along today's 10th Street (called Bleckley Avenue on the map). The "Southern Railway" at the far right is today's Beltline trail.

Read more about the history of Atlanta's former amusement parks and what replaced them. 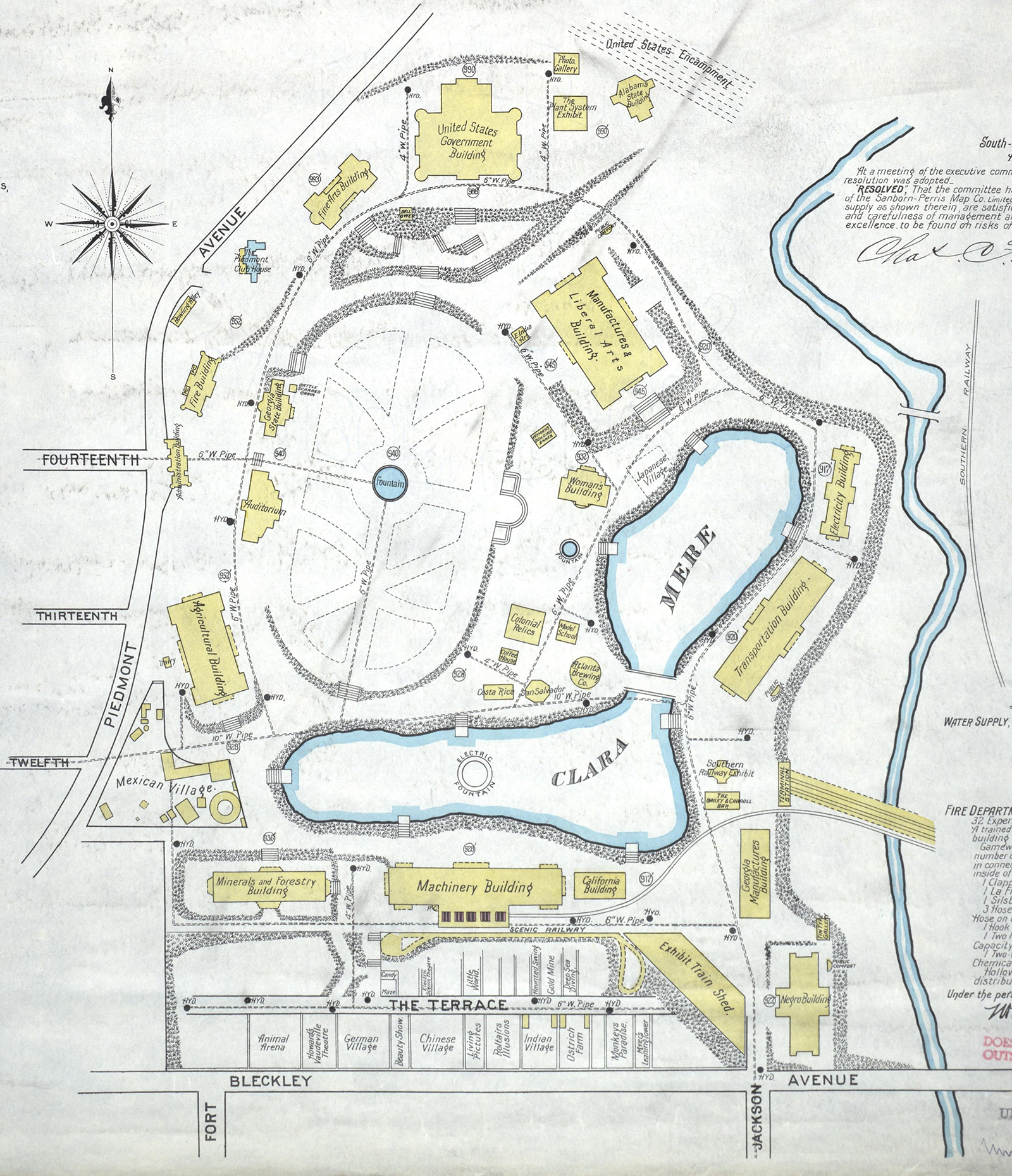