Interactive: How Atlanta's neighborhoods are funding the mayoral candidates

The candidates vying to become Atlanta's next mayor have so far amassed a total of over $5 million in contributions, the majority coming from local residents and businesses putting their support behind one candidate or another.

A deeper analysis of the contributions broken down by location provides the closest look yet at where the candidates are getting financial support throughout the city. The Atlanta Journal-Constitution mapped the contributions in the mayor's race by ZIP code, using the candidate's disclosure reports filed through the end of September.

Overall, neighborhoods in Buckhead and on Atlanta's Westside made up the bulk of donations to the campaigns. The 30305 ZIP code — which includes several Buckhead neighborhoods off Peachtree Road and West Paces Ferry Road such as Buckhead Village and Garden Hills — tallied the most, with 525 donations totaling nearby $430,000 across five candidates.

The large ZIP codes of 30318 and 30331, which include much of Atlanta's Westside, also saw high donor numbers.

Financial standing isn't necessarily a predictor for how well candidates will perform on Election Day. But for a local race, contributions from residents and businesses can be a telling indicator for where in the city a candidate's message is resonating.

» The AJC asked: What do Atlanta residents want from the next mayor?

Among the hopefuls, former Mayor Kasim Reed and Councilman Andre Dickens garnered the most geographic diversity among their donors within the city. Scroll down to see a map of each candidates' donations.

The data doesn't reflect all of the candidates' finances. It doesn't include donations from non-Atlanta ZIP codes, which make up a substantial portion of some candidates' war chests. The data does not factor in some contributions under $100 that candidates are not legally required to list, or loans made to the campaigns.

Where each candidate's local financial support comes from

These maps show the donations each individual candidate received from ZIPs codes throughout the city. 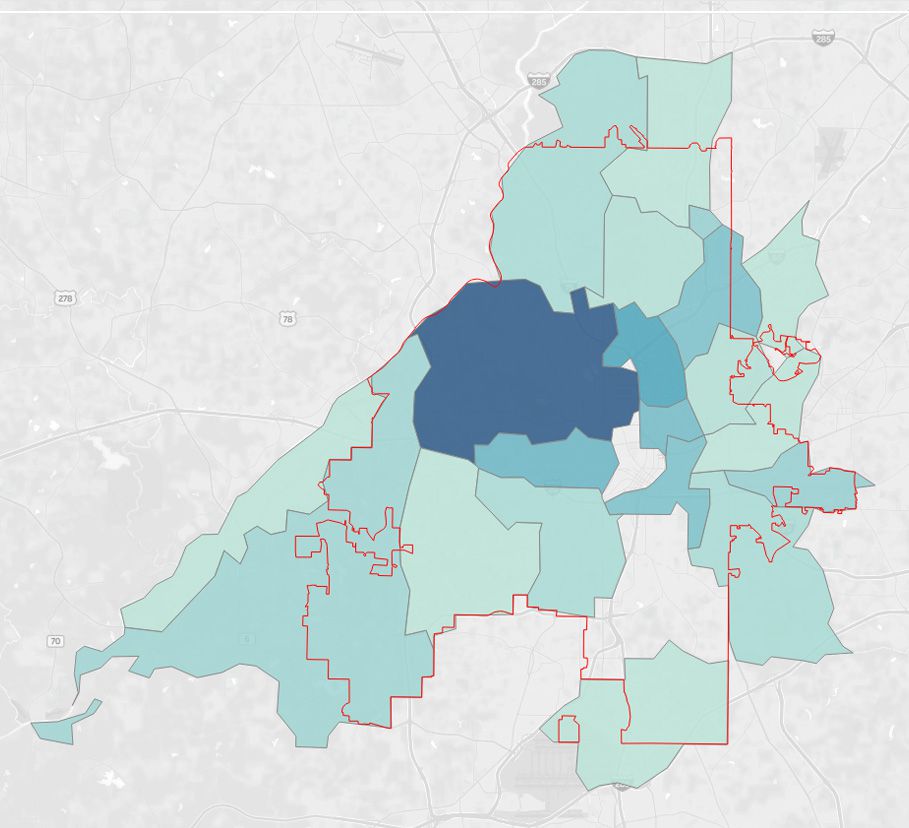 Brown has raised over $375,000, much of it through small-dollar grassroots contributions. Of the larger donations itemized in his campaign report, much of his support came from 30318, which includes some of the Westside district he has represented on the council since 2019. His donations were in the single digits in almost all of the other ZIPs. Most of his donations came from outside of Atlanta. 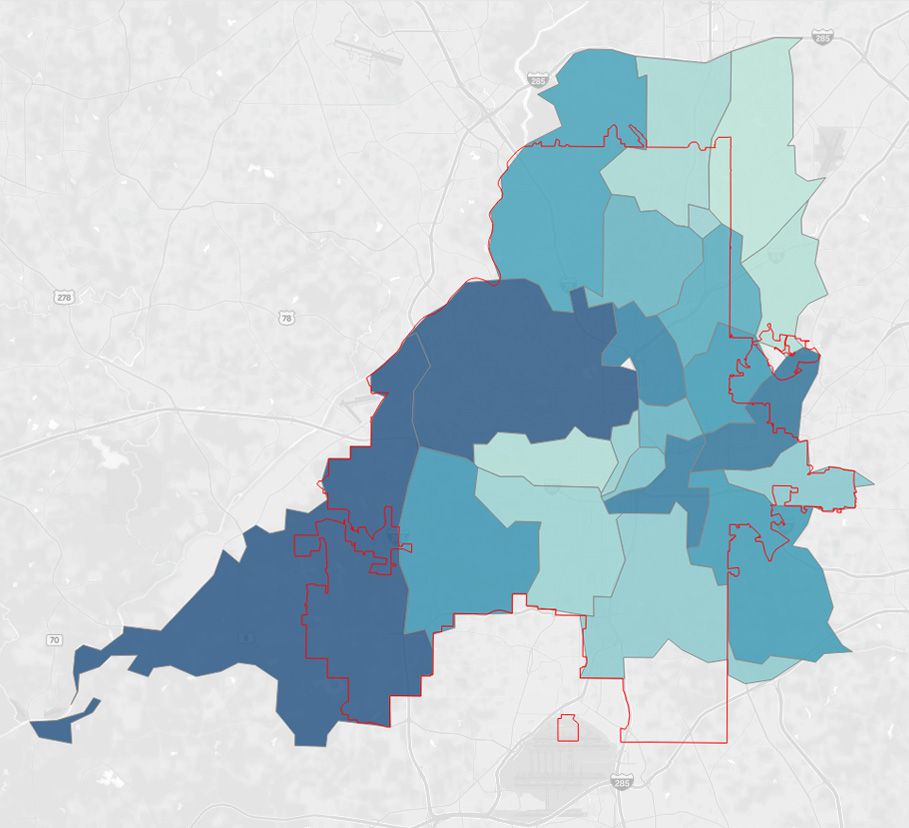 Dickens, a two-term citywide councilmember, saw widespread financial support throughout the city, especially from 30318 and 30331. Dickens is originally from the Adamsville neighborhood, which is in 30331. He also tallied more donors than any other candidate in 30307, 30311 and 30312. 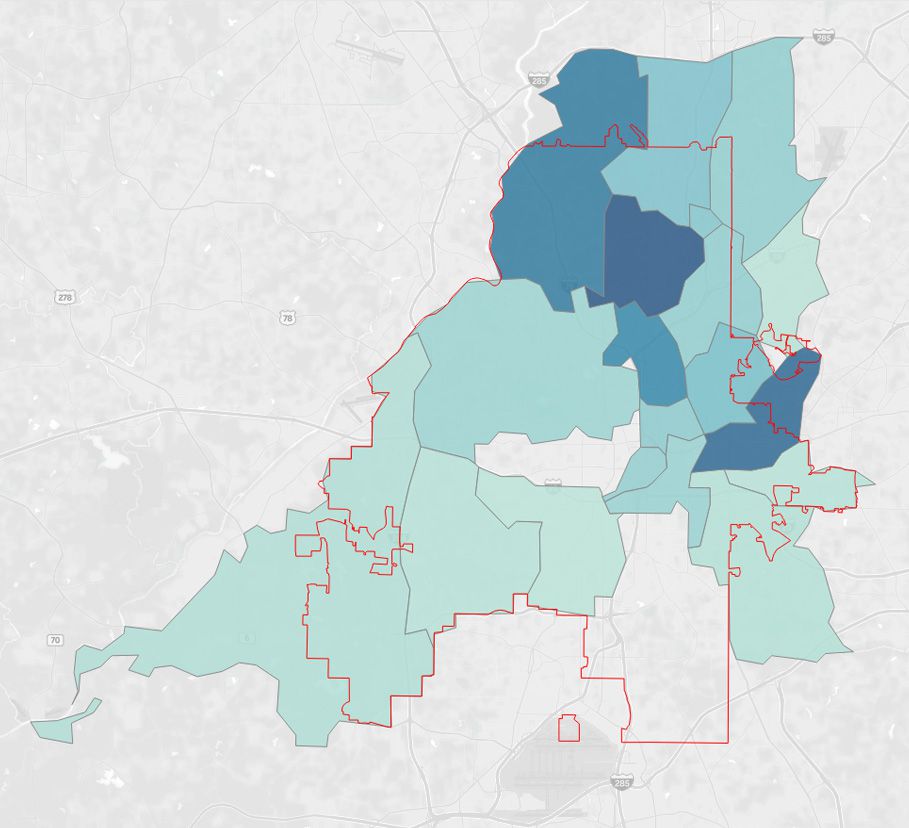 Gay, an attorney, saw the most support from Buckhead-area ZIPs and Eastside neighborhoods. She received 75 donations from 30307, which includes her neighborhood of Inman Park. Gay has supplemented donations to her campaign with personal loans totaling over $1 million. 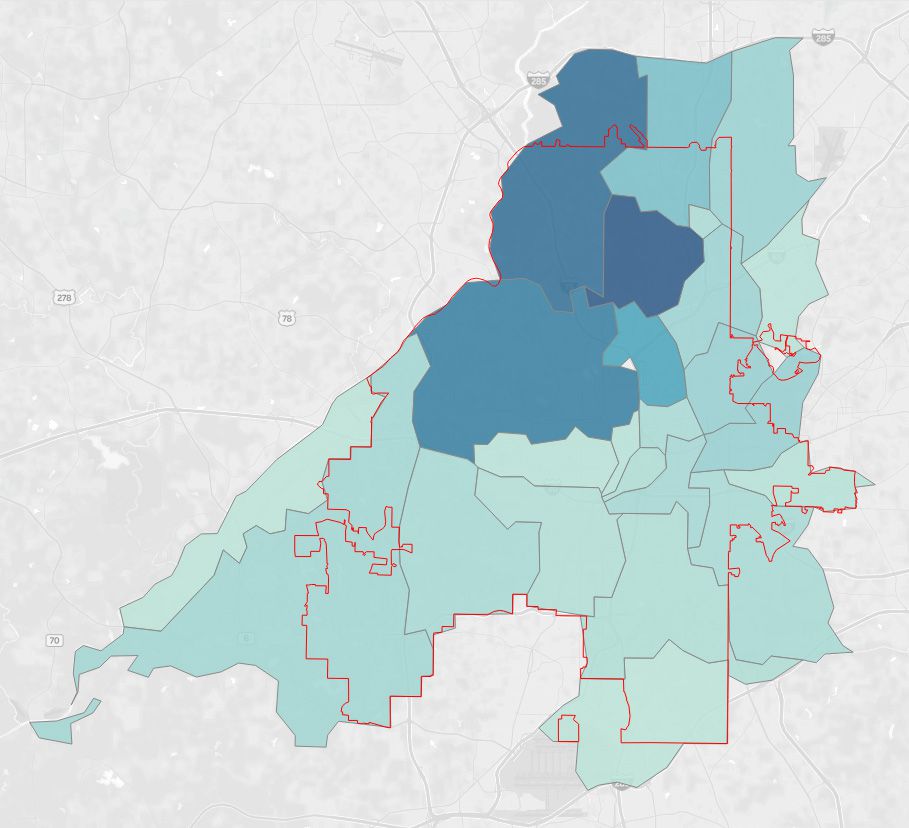 Moore dominated in Buckhead and northwest Atlanta, tallying over $350,000 from 30305 and 30327 combined. She also had over 200 donors from 30318, which includes much of the council district Moore represented for 20 years. Nearly 75% of Moore's donations came from people or businesses in the city. 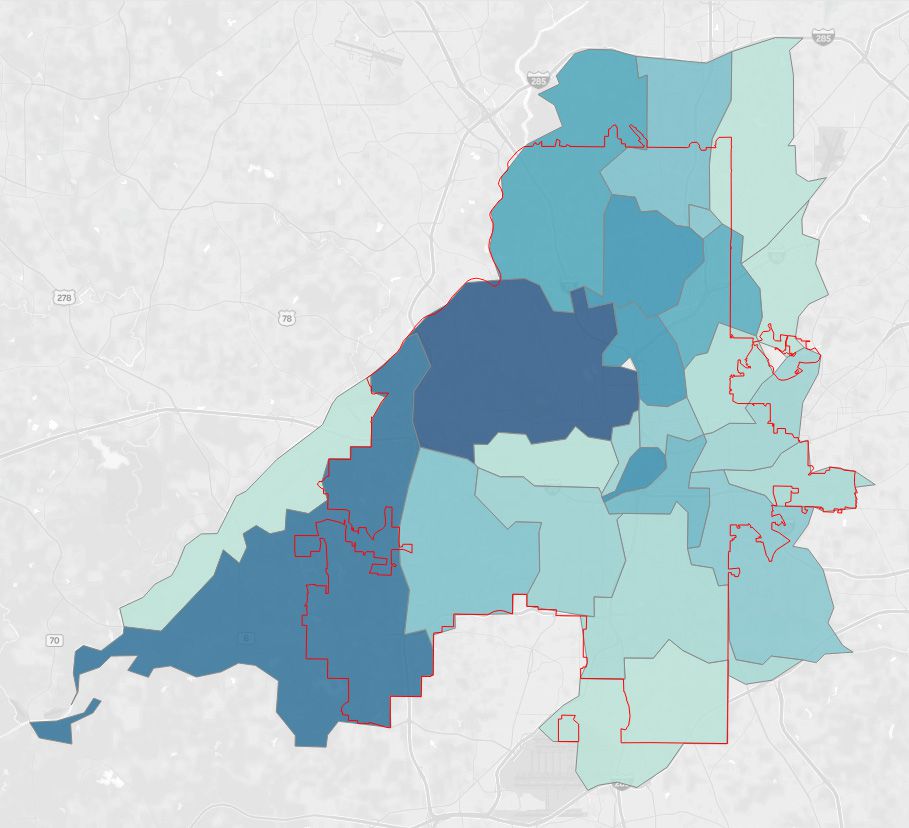 Reed has shown he is a formidable fundraising force, racking up over $2.8 million in contributions. His local donations came largely from Buckhead, the Westside and southwest Atlanta, with strong support in 30331. He also got the bulk of donations made from 30303, which includes downtown Atlanta and many businesses. About 44% of Reed's donations came from inside the city.