Two people are in ICU after an explosion at a house in North Fulton County.

The Roswell Fire Department is investigating the blast that happened at a home on Pine Grove Point Drive Tuesday night.

Authorities say two of three people who were inside were treated on scene and then taken to Grady Memorial Hospital with second and third-degree burns. 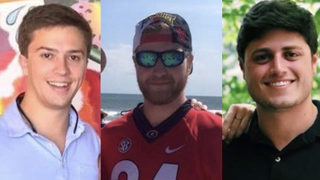 The page said Sammons and Morton are in intensive care with critical burns over half their bodies. It says Reid was on the opposite side of the house at the time of the explosion and suffered minimal injuries.

Channel 2 Action News spoke to neighbors who said they heard a loud boom and felt the ground shake.

Some neighbors said they think it could have been a gas leak that leveled the house.

"It wasn't too long (ago), maybe one of two months (since) the gas line people were here fixing (it)," neighbor Jason Price said.

Fire investigators have yet to confirm what caused the explosion, but one of the men, Win Reid, who was inside the home at the time told Channel 2's Mike Petchenik they lit a candle moments before the house exploded. He said they had just moved in on Saturday.

He said the house exploded but he made it out unscathed. He said his two roommates suffered burns over a good portion of their bodies.

"What's interesting is there was no smell of gas. No smell of fire," he said.

Reid said his dog Maverick made it out but ran away in fear. The Lab Shepard mix is missing. He 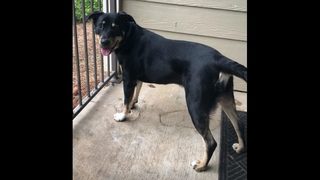 Reid's mother told Petchenik off-camera she believes a higher power was watching over her son and she's thankful they made it out alive.

The victims' friends and family set up a GoFundMe account to help pay for expenses.